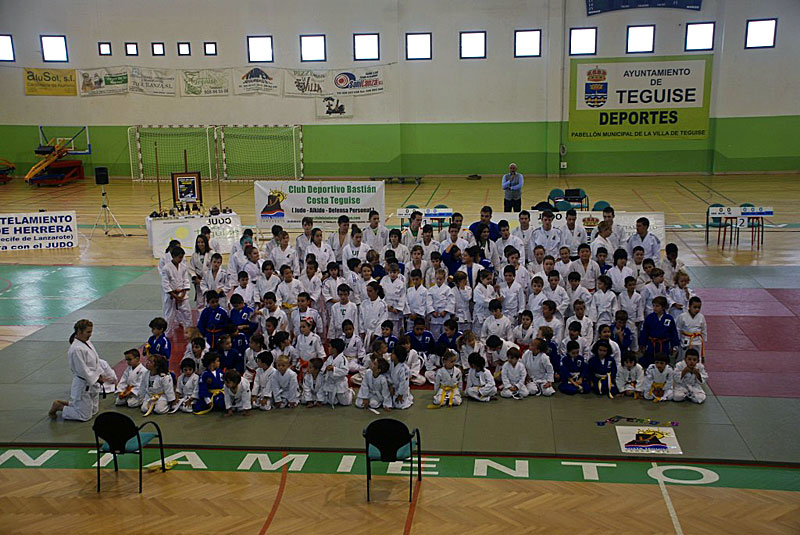 Judo Club Costa Teguise has tripled its technical staff in all disciplines and in sports and academic qualifications.

There have reached the age of “cadets” as a club and have increased the numbers of students and practitioners of Judo, Aikido, Self Defense, Jiu Jitsu, fitness, etc., as well as participate in cups, Grand Slam, Grand Prix, Europe, Spain…

The only representative of the Canarian Judo has nine years disputing the queen competition by teams of Spain, which involved the cream of national and international scene, many teams have players from different countries such as Portugal, France, Giorgia, Germany, etc.

Its remarkable quarry will be recognized in the upcoming 14th Festival quarry Judo Teguise to be celebrate on June 18 in the Pavilion of La Villa de Teguise as a climax to the IV Stage Olympic organized with the presence of more than twenty Masters, judokas world champions and Olympic who have confirmed their presence in Lanzarote.